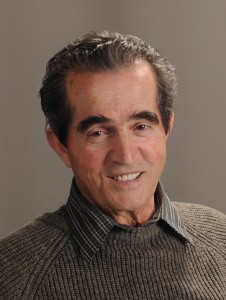 Born in 1931, in a small northern Greek village during the great depression, Stergios Gitsis (Stevie) grew up during the difficult and war torn years.  Helping with his family as an older child in a family of 6, his father, a woodsman and shepherd, often sent him out to tend to the large herd they kept.  During World War II, with the burning of his home and his village, and the subsequent 4 year civil war, brought more hardship limiting Stevie’s formal education to a 3rd grade level, instead opting for work to fend off hunger.   At 19, a chance to emigrate to the USA (1951) was a dream come true and looking forward to this new life, Stevie set out to claim his share of the American dream.

With less than 50 dollars they were gifted, together with his younger Brother Jerry,they set sail in September for the 3 week voyage across the Atlantic in steam ship from Greece to Ellis Island, New York City.  Initially taken in by their aunt Kaliope Nicholas in Rockford Indiana and not knowing a word of English, the brothers worked odd jobs, in factories, steel mills and plants.

3 years later after being invited by his cousin Nick Tahou to work for him, the now proud American Stevie moved to Rochester NY in 1955.  Washing dishes and cooking hot dogs for Tahou, Stevie quickly realized that the boom years of post WWII there was money to be made feeding the city dwellers and factory workers.

Together with Jerry and his newly arrived brother Sam, and their combined years of savings, the 3 brothers struck it out on their own and opened up their first restaurant called Gitsis Texas Hots 10 years after their arrival to the USA .

The first years of business were so good the brothers expanded to Buffalo Road and ran the dual diner locations working 12-16 hour days together for many years.  The downtown Monroe Avenue became the landmark that it is today, and the westside suburban Buffalo Road location thrived, expanding into a tripartite restaurant group including the 400 seater Gitsis Party House, Gitsis Steak House famous for hosting lions club, rotary club, Greek nights with belly dancers, and the 24 hour Gitsis Diner, all driven and underscored by growing families in the suburbs, and the white and blue collar workers from the nearby Kodak plant, looking for satisfying breakfast, lunch, and dinners, all the way up until the end of the 20th century.

As the years went and as demographics changed in the city and suburbs, the brothers with their growing families in tow also went out on their own, bringing their style of Greek diners to many areas around the Rochester area especially in smaller towns and villages such as in Spencerport and Holley NY.   In 1989 Stevie with his family headed south of Rochester to build a new restaurant in the neighboring villages of both Perry and Warsaw and named them Silverlake Family Restaurants’, paying tribute to the picturesque summer attraction in the area.

Since 1991 the Silverlake restaurant in Warsaw NY has been welcoming locals and travelers alike.  The store’s manager, Karen Benedict together with her friendly staff hold the fort down but don’t be surprised if you see Stevie around having a coffee, something to eat, or even working, now well into his 80’s still living his American dream, Go ahead and say hello !